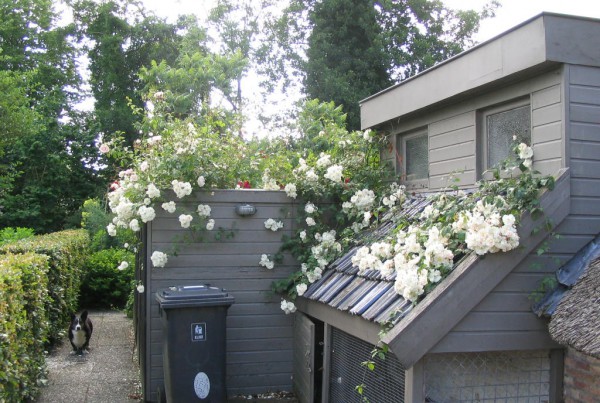 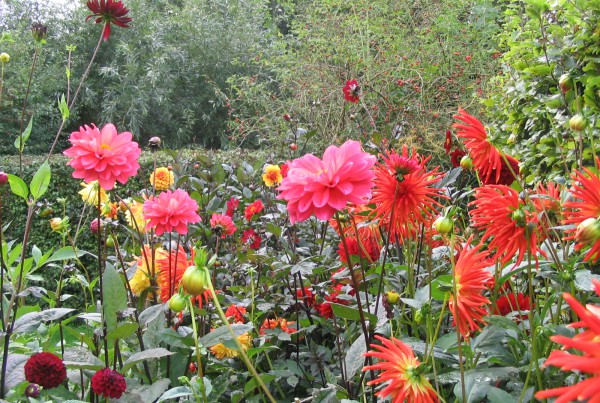 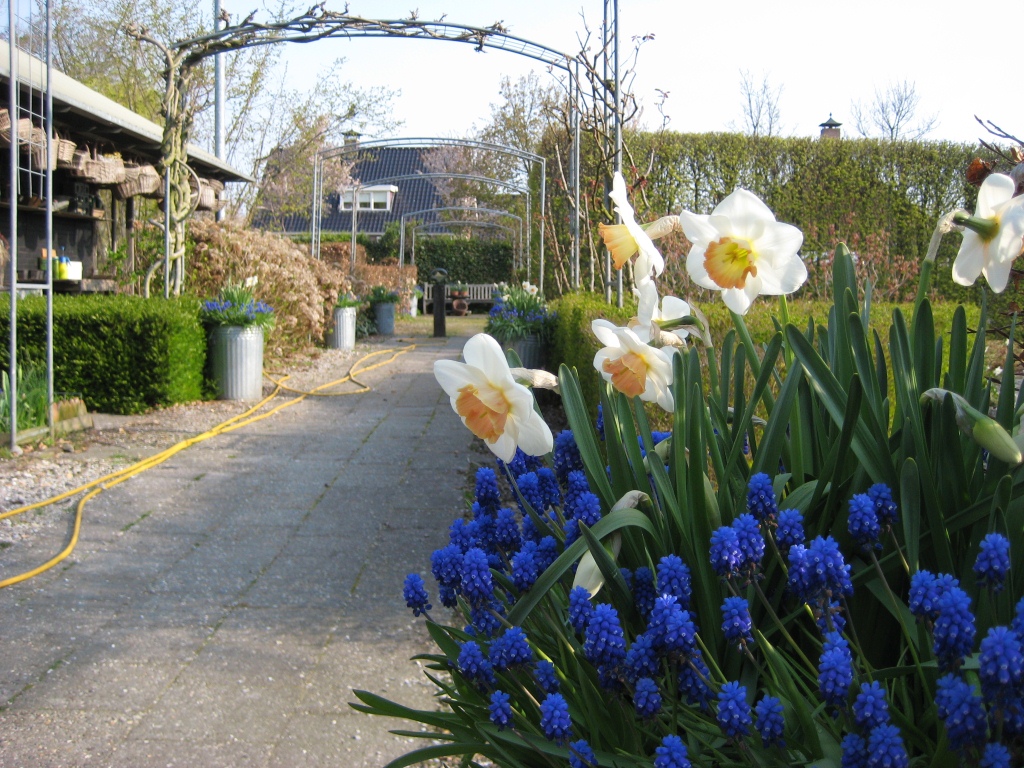 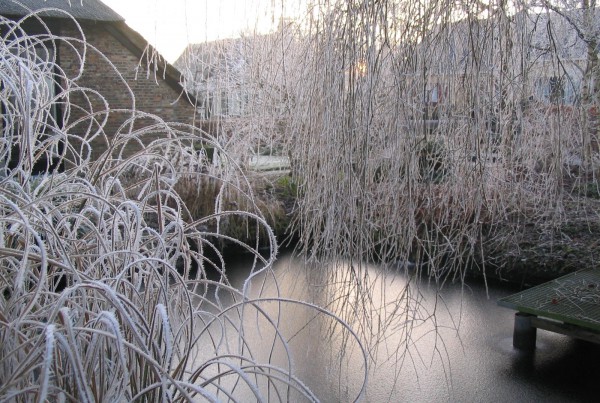 We can enjoy the large structures every season, but the changing details are the icing on the dessert. Flowerbulbs in April, blossoms in May, roses in June, borders in July and from August on the grasses and the fruit harvest. In all that it remains exciting what the weather gods decide.

The garden is located around a head-rump farm from 1763 in the village center. Since 1995 the garden has been divided into the tight structure of an old barnyard, in collaboration with various garden designers. But we have translated this in a contemporary way with alternately historically responsible parts; minimalist garden furniture; “English” borders and visual arts of spatially working colleagues.

The vegetable garden is in full use but there are also edible crops in the borders.

Garden and atelier are inextricably linked. The studio is in the barn under the old beams. There is plenty of light due to the large former stable doors.

You are cordially invited to take a pleasant walk in our visit garden. We are a garden of the Dutch Gardens Foundation.

You are also welcome in 2018; by appointment or on “good luck”. If you make an appointment, we ensure that the coffee (or tea) is ready.

The entrance fee is 3.50 euros, for the benefit of an annually changing charity.